Unlike others Joseph did not have the luxury of learning from anyone famous, he only had his grandfather, a German cabinet maker who fled Germany during WW2, and his wits. As a young lad he supplemented his poor diet, do to his impoverished home life, with hunting, fishing and foraging in the swamps of Florida. In his teens he and his friends survived the Nebraska badlands with little more than kitchen knives and old canteens. One friend happened to have a relationship with a local tribesman and he taught the boys about caring for the game they took and to honor the hunt. But like all boys back than they learned by doing. His grandfather taught him about woodworking and in his late teens he found martial arts. A mix of JuJitsu, Tai kickboxing, Marine Corp martial arts and survival training and Kyūdo (Japanese Archery) Joseph rapidly progressed and achieved the rank of Instructor in his Nin Tai King Do school. A school which helped him hone his wild skills into tactics that transferred to adulthood when he became a patrol officer in the Denver metro area.
Since joining the S.C.A Joseph held the East Kingdoms highest ranking archers position winning all the Kingdoms archery awards as well as Baronial Champion year after year. While in the SCA he quickly became an Archery Marshal teaching and maintaining safe archery ranges at numerous events. He taught hundreds of all ages to be skilled archers or to improve their skills and expand on them.
He went above and beyond anyone could have imagined by teaching himself how to build period correct English Longbow's and would give them away to anyone who was interested in archery. After a few years of this his skill grew and expanded from building wood bow’s, being a fletcher and string fellow to knapping glass and stone into arrowheads & more. As a leather smith he prides himself on his ability to recreate historical piece's that anyone would be thrilled to add to their archery ensemble.
Joseph still feeds his family with his skill as an archer and woodsman.
Before the SCA his professional career was and still is widely varied, from Martial arts instructor to skilled carpenter, now also an EMT Joseph is truly happiest when he is teaching the skills he's worked a lifetime to accrue and master. 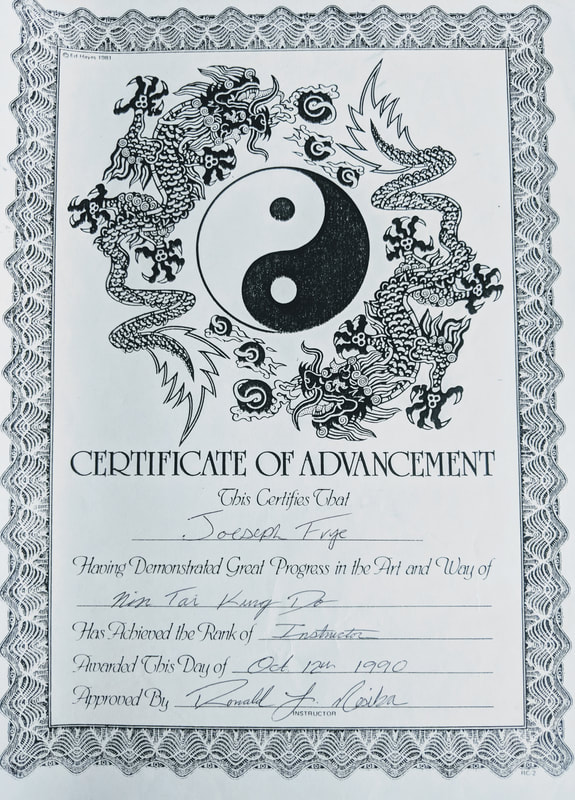 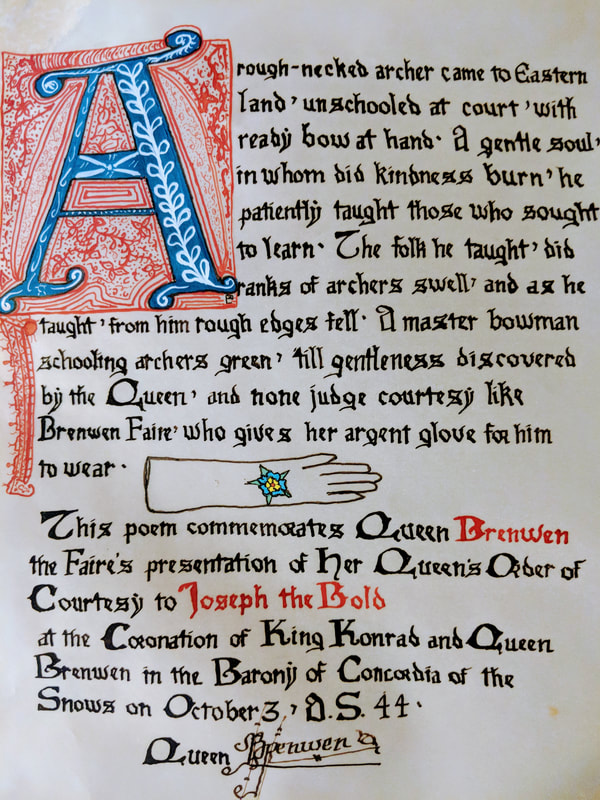 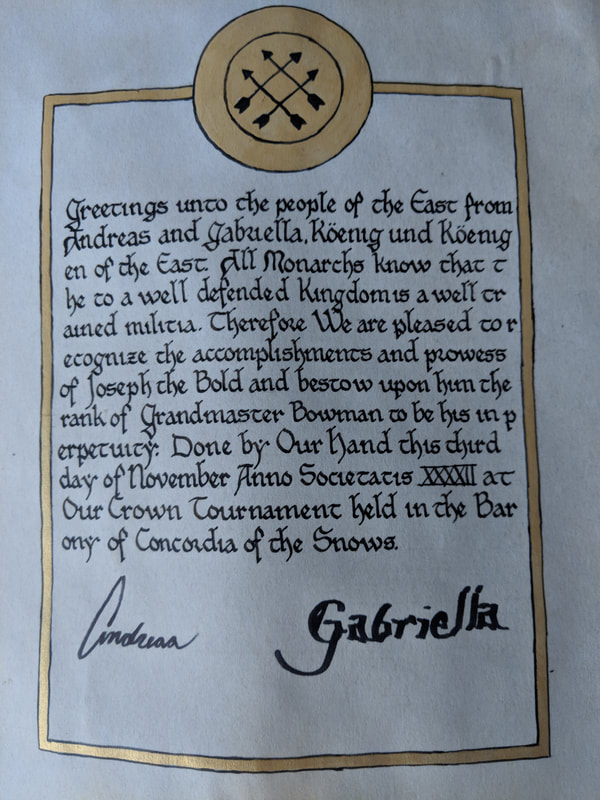 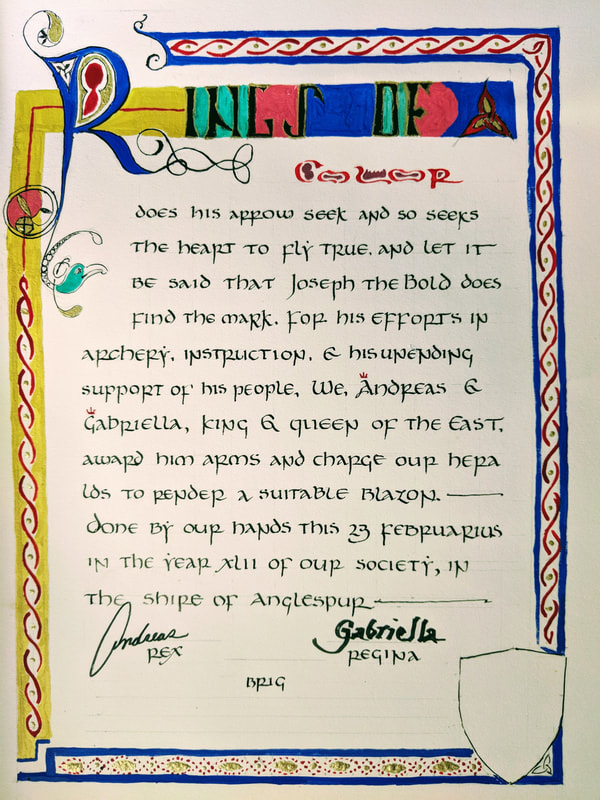 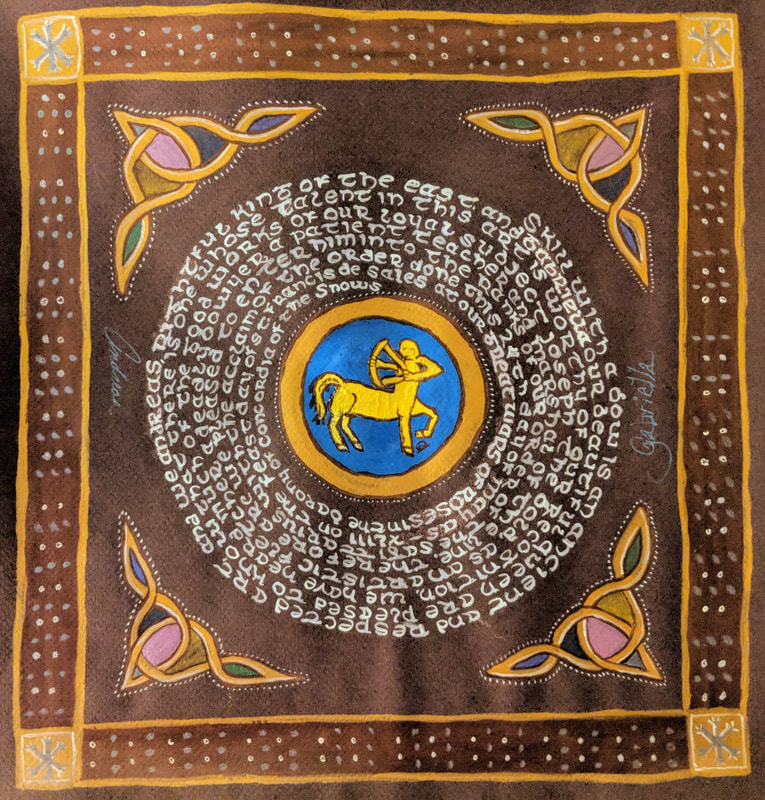